Epoxy requires a sealer before the paint job though it allows to paint directly. However, you should consider the best results and that’s what we recommend. Using a sealer over the epoxy primer brings a good result often with no issues.

If you want to make your car suitable for the rust and adhesion stoppage, epoxy primer acts maximum. In terms of urethane primer, the usage of it comes to fill the primer after the work is done. So, epoxy is considered a simple primer to play its role where urethane works as a primer surfacer. The necessity of both the primers exists accordingly.

What is Epoxy primer? 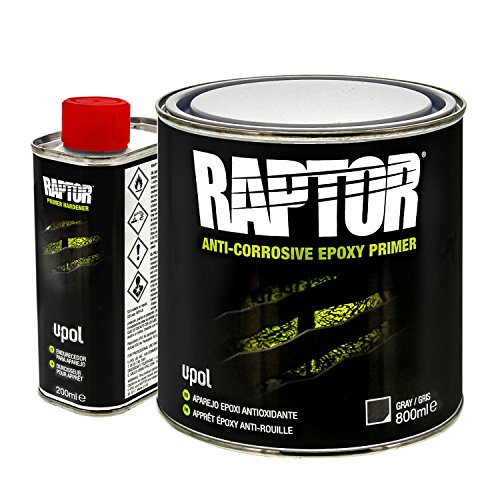 Epoxy primer helps to attain a quality finish on the car paint that creates a strong bond with the metal. There are higher chances to prevent rust specifically through epoxy primer. Moreover, the sand will not happen in epoxy primer and you will get complete protection.

Epoxy primer works as a sealer that brings a master finish on the topcoats. The exterior becomes rust and adhesion resistant because of its extraordinary performance. The zinc phosphate in the epoxy primer acts as the pigment of corrosion and rust prevention. It also can be applied to waterproof materials for satisfying metal protection.

What is Urethane primer? 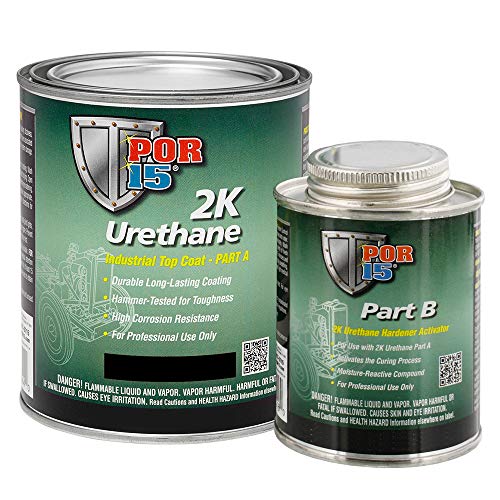 Urethane primer is simply supposed to be applied once the bodywork is finished and now a primer surfacer is required. To promote excellent color and sanding properties, urethane primer works maximum. It comprises an ultra-level adhesion that provides the safety of the paint. 2K urethane primer is built to use on the previously painted car surface.

Both of the primers share many similarities and differences. The main functionalities are based on resistance and durability where both perform accordingly. The varieties come when the question arrives that what needs to be painted. In the battle of epoxy vs urethane primer, both dry very hard and propose a maximum degree of water, abrasion, chemical, and impact resistance.

Urethane paints perform more resistant than epoxy paints to chemicals. However, it is thinner than an epoxy primer. Epoxy has some boundaries also. It is sensitive to Ultra-Violate light and not suitable for outward topcoat applications. It will fade if exposed to Ultra-Violate ray.

Do you need an epoxy primer or urethane primer?

Split epoxy primers contain zinc phosphate that enhances the corrosion-inhibiting assets. If you are a beginner, the painting projects should be evaluated before the session starts. Generally, two coats of epoxy primer are sufficient for the body frame but the exact amount depends on the properties final estimate.

Four types of primer colors are available in the market. Black, red, white, and gray are the basic primer colors used on different perceptions. If you are interested in painting your valuable car black or making it darker, black primer is suitable for you. The point is that you need not to purchase so many primers at once. Make sure what color you want to coat and then decide on the primer color.

2K urethane primer Wet sanding acts promisingly with 400 to 600 grits. Avoid sanding over your work in most circumstances as it creates scratches. This one is a waterproof and solitary base primer to use. You can consider it specifically in a humid climate.

The most fascinating advantage of epoxy primer is the optimal adhesion capabilities. Since it’s a two-part paint structure, the zinc phosphate, and other components require a strong bond between the paint surface and the primer.

The status of using epoxy and urethane primer

You can leave epoxy primer on the surface forever but after two days, wet sanding is required through a spray coating to ensure the sealer aptitude. Though most epoxy has 7 days recoating window, you should not wait more than 24 to 48 hours. That’s our recommendation for the upcoming benefits. The more you will wait, the worse the situation will become. Waiting for too long impacts the adhesion of the epoxy primer.

The time duration of epoxy cure can take 30 minutes to three hours based on the climate situation. If it’s a dry day, 30 minutes is enough for the underlying coat to be fully dry. However, in cold or humid climates, the time maybe two or three hours longer.

Do you think of applying a suitable primer over old paint? Well, you can consider epoxy and urethane primer both over old paint. You are allowed to use body filler primer on the metal. Before you go for it, make sure the sand remains at least 150 in the area to feel the filler some grip.

The Compare and Contrast; Urethane primer vs epoxy primer

Urethane acts superior to texture since the smoothness remains for a long time. It’s often said that epoxy ensures a higher bonding than urethane primer.

The strength of epoxy primer is practically proved better than the urethane primer. In terms of chemical resistance, epoxy has a far better performance.

The surface should be resistant to rust and corrosion since epoxy primer or urethane primer are supposed to ensure that prevention. Both epoxy and urethane primer can prevent rust on the exterior. Epoxy plays an active role as a stronger component. 2K urethane primer is applied after the topcoat has finished. The finishing requires final protection that comes through urethane primer.

Urethane primer promotes the bond and adhesion to the surfaces. The optimal results can be attainable through urethane primer over a primed surface. Many people ask if they can use urethane over epoxy primer. Yes, you can. Our recommendation is to maintain the time window and spray urethane straight over the epoxy primer.

The urethane primer can stand strong in UV light where the epoxy will fail to perform. Bare metal is the perfect place for epoxy applications. Epoxy primer generally creates a harder coating and evidently provides longer and better corrosion. So, think about how and where you will use epoxy primer and urethane primer to attain satisfying results.